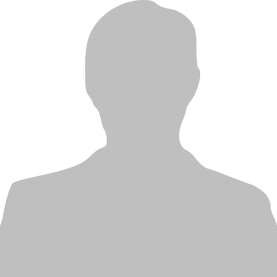 It is no secret that cities get larger every year. The World Health Organization informs that urban densities are now growing by an estimated 1.63% annually up until 2025. By 2050, around 68% of the global population will live in a city. To alleviate the pressures on a cities' infrastructure, urban centers are looking to the concept of smart cities.

Though the number of smart cities in the world is unclear at the moment, Fast Company lists places like Singapore, Paris, and Beijing as those who are fast becoming bustling smart cities. Centered on the idea that citizens “make” the city, these places use crowdsourced data and interconnected devices to improve their inhabitants' overall quality of life. Some features a smart city might have include estimating bus arrival times, improving air quality, and monitoring energy usage.

But even the aforementioned cities are not quite there yet. This is because current networks cannot support too many devices simultaneously (and network congestion is getting worse as the population in urban areas continues to grow) and at the desired speeds they need to be at. The latter is especially applicable for high-bandwidth technologies, usually present in a smart city like surveillance cameras and self-driving cars. This is why operators, innovators, and electronic manufacturers alike are turning to the next set of network standards to fulfill the smart city dream: Wi-Fi 6 and 5G.

There are two buzzwords in today’s market when it comes to network standards: Wi-Fi 6/6E and 5G. Wi-Fi 6/6E, also known as IEEE 802.11ax, is the newest specification after Wi-Fi 5. It promises more speed, better connectivity, and a frequency operating between 2.4 and 6 GHz bands. 5G serves much of the same purpose, though it focuses on mobile networks. However, both of their main advantages lie in their increased capacity for multiple, high-bandwidth devices. Wi-Fi 6/6E is even opening up a new frequency altogether, 6 GHz, that can be accessed by Wi-Fi 6E-enabled devices. Both network standards allow a large number of users to be supplied faster Internet and receive data in higher quality. Some of its most common applications can be seen in smartphones that can stream in 4K/8K without lag as well as more connected devices in public Wi-Fi hotspots and large events like football games and concerts.

In the creation of a truly smart city, there is no bigger requirement than impressive capacity.

Microgrids are a smaller version of the larger grids that power a country. Ideally, every building in a smart city gets one. They are powered by locally produced energy like solar and hydro. But real wonder behind microgrids is their ability to distribute power in a cost-efficient way. They are integrated with network-connected computer programs, sensing things like weather conditions, peaks in energy demand, and its energy source's production capacity. There is one catch to this, however: microgrids eat a lot of bandwidth. While smart microgrids can be powered by wired communication technologies like optical fiber and power lines, they do not provide the extensive security that Wi-Fi promises. Plus, wired technology is much harder to scale.

One of the most effective aspects of a smart city is its improved transportation. Statistics from Verizon Connect predict that 75% of vehicles will be manufactured with wireless network capabilities by 2022. These in-built systems will then be connected to one access point in the city, giving information on traffic schemes, train schedules, and transport-related data. They are all based on data gathered from other vehicles in the vicinity. With more people accessing the network, capacity once again becomes an issue. Fortunately, 5G makes for a good solution. Compared to 4G, 5G is able to support a 100x increase in traffic capacity and network efficiency. This way, residents can provide (and receive) real-time, end-to-end visibility into their city's transportation systems.

“Smart cities are, as a concept, safer cities,” remarks professionals from Huawei in an article published on the BBC. For example, if one had a city of connected surveillance devices, government services could quickly respond to civil disturbances. Infrastructure like buildings and bridges could have built-in sensors that would report any potential damage and hazards before putting public safety at risk. Ambulances could have traffic management systems in their GPS to give them the fastest routes to hospitals or response sites. Interconnected technology has a lot of potential to uphold city-wide safety, which, once again, is only made possible if networks have enough capacity to support every connected device.

However, while Wi-Fi 6 and 5G can provide more security for its residents, there's still the issue of privacy. Since, in theory, the entire city is connected digitally—multiple endpoints could serve as a backdoor for a breach into the infrastructure. If successful, it could prove dangerous for the entire city. A whole range of emerging companies is addressing this challenge. Global research firm Gartner introduced the concept of secure access service edge (SASE)—a combination of an SD-WAN with network security services. SASE inspects traffic across the entire infrastructure continuously and consistently, including endpoints.

A smart city's infrastructure relies on the fact that multiple, high-bandwidth devices are always connected to the main network. With Wi-Fi 6’s and 5G's increased capacity, there is a huge upgrade in the bandwidth available for every device. There are still hurdles that need to be overcome for smart cities to become commonplace, like security and privacy, but we believe smart cities are going to be happening in more and more places in the world very soon.