The Internet of Things (IoT) and your Wi-Fi needs 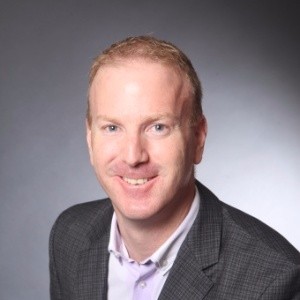 Stop what you’re doing for a minute. Look about your room, your home, or your office, and locate or think about all the available electro-mechanical devices you have: light bulbs, headphones, a room thermostat, probably a coffee machine and a fax machine (or printer/fax/scanner), a fridge or mini-bar, toaster, etc. Now, imagine that you added some sensors to these objects, and even to some other non-electro-mechanical ones (pet-collar, front and back door, windows, etc.) – and let’s say, all these are also interconnected in a communication network of sorts.

The Internet of Things (IoT) – What is it, and what do they mean by ‘Things’?

The Internet of Things, or IoT, refers to all those ‘things’ (the physical objects and devices in your room, on the street – virtually anywhere around the world whether on land, sea, or in the air), that are now connected to the Internet, and collecting and sharing data. This also applies to components of machines, for example a fuel pump feeding the engine of a car or an airplane, and more sophisticated elements that may be found in a driverless car that is interfacing with a traffic management system in a smart city.

The idea of IoT, is to be able to communicate with any object or device via some sort of on and off switch (for control) – or where they ‘talk’ to each other (for passing data) – adding a level of intelligence to otherwise non-intelligent, or ‘dumb’ objects and devices. As processors become more inexpensive and wireless networks become more wide-spread, more and more objects and devices are becoming part of the IoT.

You could track where your pet is, if someone left the fridge door open, when someone opened the front door, what lights are in the house/office, etc. Or, the objects can be pre-programmed and autonomous, where a room could be accessible to your pet during certain hours, for example – but only your pet would have access to it. Or your fridge, having previously scanned the expiration date on some foods, could send you email alerts.

Tens of billions of devices by 2020

The Internet of Things (IoT) is affecting a greater number of devices and people on a daily basis, but even more so, requiring enterprise data centers to rethink and develop new approaches to the way mobile and non-mobile networks manage their networks to handle the massive new loads on the systems. Of course, this also includes network visibility and network security issues, for everything from new applications, such as autonomous vehicles, processing plants, or power utilities, to massively complex sensor networks for monitoring and/or running smart cities and large-scale environmental systems.

In a 2017 report filed by the analyst firm Gartner, Inc., they forecasted 20 billion connected things by the year 2020, with others estimating that this figure will even be double that. Regardless of the exact number, it will definitely be a very large number of edge IoT devices, and will require quick turn-around on all those connections.

WI-FI Stretched to the limit?

As broadband Internet availability is becoming more widespread, the cost of connecting is decreasing, and a greater number of devices are having Wi-Fi capabilities and sensors added to them, IoT is having a mounting effect on WiFi communications. Handling the ever increasing IoT loads on WiFi must also take into account that every IoT service has different requirements for things like device density, data rates, latency, and mobility, to name just several.

In addition, each network presents a unique set of operational challenges whose impact needs to be planned for. With billions of devices being connected together, a major issue like information security becomes paramount, as does the issue of privacy and data sharing. However, one of the key issues that many companies will be faced with, is the tremendous amounts of data that all of these devices will produce, transmit, analyze, store, etc.

Handling these known and future IoT data transmission loads requires new technology and new approaches to WiFi, by the addition of ‘smart’ and ‘smarter’ silicon technology – in both hardware and software. New and better hardware solutions, based on such protocols as the IEEE standard 802.11ax will make the difference in all WiFi-with-IoT convergence, in the new age of smart technology.

With advanced Wi-Fi technology and a unique approach to wireless connectivity, Celeno is significantly revolutionizing IoT.

The Politics Behind 6GHz Regulation Expl...