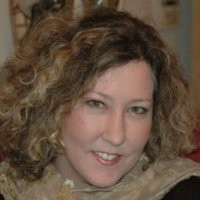 Touted as “the next big thing in Wi-Fi”, the IEEE 802.11ax specification has shown that it will be serious boon to the world of wireless LANs (WLANs). The previous standard – the 802.11ac – had already greatly improved the speed factor. However, speed isn’t everything. Generally speaking, current technology gives users the power they need. – and yet, users would often sense sudden and significant slowdowns in service. The problem wasn’t in the throughput, though, but rather in how the previous technology handled congestion.

Between Faster and Better

Roaming today is not a problem on an individual basis – the 802.11ac will take you up to and beyond Gigabit throughput – more than enough for most users. What slows everything down, is when there is a constant heavy load from multiple users, or even a sudden surge – and the technology isn’t able to handle all those BYOD, IoT, and other end-pieces overloading the network, all simultaneously competing to gain access to the network resources.

The 802.11ax IEEE standard committee was specifically designated to take care of these and other types of Wifi related issues by understanding the current problems and redesigning the previous specs. As a result, the following significant improvements can be reaped from the results:

One of the new features (or techniques) added to the new standard that was not available earlier, is called “coloring”. This method enables devices to differentiate between transmissions in their own network and other transmissions in neighboring networks.

Up until now, without spatial reuse capabilities, devices would refuse to simultaneously transmit to ongoing transmissions in other, neighboring networks. With coloring, a wireless transmission is marked at its very beginning. This helps surrounding devices to decide if a concurrent use of the wireless medium is permissible or not.

This new standard is expected to increase throughput speed by a factor of between 4 and 10 times faster than existing Wi-Fi devices, and the new wider and multiple channels will also greatly increase data load throughput with a better balance between data upload and download performance. Regardless of the channel size, 802.11ax will have a positive effect in boosting both speed and total throughput capacity.

Less congestion is one of the key improvements built into the standard. This is thanks to its frequency division multiplexing capability, called “orthogonal frequency division multiple access” (or ODMFA). This will be adopted (and adapted) by 802.11ax from one of the significant developments in 4G LTE, whereby a Wi-Fi channel can be broken down into as many as several thousand tightly spaced subchannels (or “subcarriers”). Each of these carriers can then move various combined payloads of data for different devices. Noise in one channel is isolated from the other channels, thus minimizing the need to downgrade entire transmissions to a lower data rate (or the need to retransmit packets).

Notwithstanding the fact that most improvements in service, efficiency, etc. will generally have a positive effect on device power consumption and battery longevity (for example, data transmission rates may be faster), the new 802.11ax standard has added a mechanism so the client does not need to work as hard – and can, in fact, rest (at least sporadically).

The new functionality is a time manager called wake time scheduling. This mechanism lets routers or access points (APs) inform client devices when to take a nap – in order to preserve energy – and  also sets the schedule in advance, for when they should wake up. These are very short nap periods, but having the ability to catch even a series of short nap periods will nevertheless have a significant effect on extending battery longevity.

The new IEEE standard offers a serious upgrade in features and performance that will significantly enhance user satisfaction – whether at the individual user device level or at the enterprise level that needs to offer best possible service to its users.

The 802.11ax specification introduces the Wi-Fi standard to the network that will meet the needs of the wireless LANs and solve many of the problems facing networks that are being overloaded on a daily basis – for years to come.

Achieve superior, high-performance Wi-Fi with the power of the IEEE 802.11ax specification.

The Politics Behind 6GHz Regulation Expl...